Hello world and welcome to blog 26, of my monthly blog. Wow it's a month already since I ended my monthly show. Skerat's Eclectic Podcasts. It does feel funny to know that this weekend would have been the next show, had I continued on. Of course part of me would have loved to go on with the show, as I love the scene and the people in it. Still the volume of work to do the show, which was quite a lot, had to have some degree of value. The truth is the show numbers were falling and I think the fact that the show was only on once a month without any chat element, had a big impact on those numbers in the long run. My last two shows had the lowest numbers for the whole time I was doing Skerat's Eclectic Podcasts. Considering this included my final show, it's not hard to see why I started to become concerned. Well I slowly move on from Skerat's Eclectic Podcasts, while always looking to have some project on the go, so who knows what the future holds ;)

Okay let's get on with what's happening around the scene. Kicking off with the guys of This Human Condition, who have recently released a brand new single:- 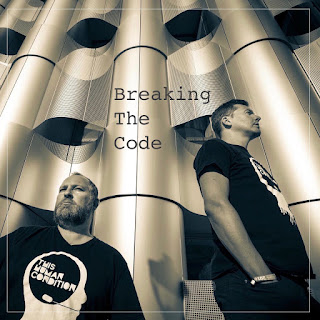 Artist: This Human Condition
Track: Breaking The Code+ 2 new mixes
Released: 31/1/17
Song Bio.
This Human Condition’s single from their debut album ‘Project Zero’ is set to a dark, twisting and introspective atmosphere with Erasure-esque soundscapes. Written on the day Alan Turing received a posthumous royal pardon, ‘Breaking The Code’ is a tribute to the enigma code breaker. The release features two contrasting remixes from Sauerwelt and LPF. Video
Soundcloud

Next up on the 25th in the UK, so tonight is the Electric Dreams gig:- 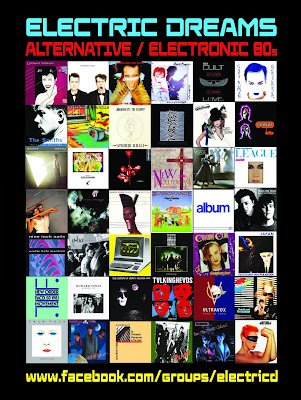 DJS Valeriun,Stix,The Baron and guests
will be playing the mix of Alternative 80’s/New Wave/New Romantic/Goth/Industrial and Punk we have been playing for over 19 years now.
We will be playing music like...

come and join us!

Next up on the 7th of March, were off to Melbourne for Non DJ Electronic Showcase 4:- 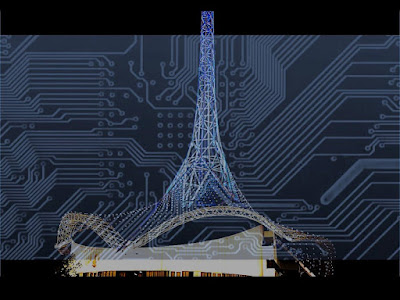 This showcase will feature:

I HATE MAX 8:45 – 9:15
This will be a debut performance of Max Brading’s new solo project. Max is one half of the eccentric duo ITSOKMAN. Facebook

From Australia we head back to the UK for the Frequency Synthpop Night on the 16th of March:-

THIRD THURSDAY OF EVERY MONTH.

Come and be a part of the 'Love Action'!

Let's now head off to France for French - English duo "Pulse" who will be doing a gig on the 25th:- 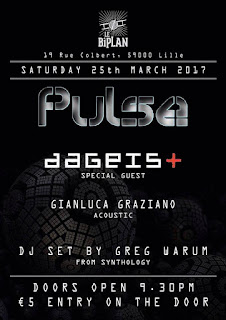 For their first date this year in France , the French -English duo "Pulse" will perform at Le Biplan in order to present their brand new album"Spheres". Come to discover the "caustic soda pop" made in Pulse. For this occasion Dageist and Gianluca Graziano will open the night, that will be finalized by a DJ set by Greg Warum.

and remember if you want to plug any upcoming gigs, album and single releases let me know via skerat@zoho.com

Now to finish up for another month, its time to check out the latest list of my Skerat's tracks of the day for the past month, which covers the period of the 28th of January to the 24th of Febuary:-

You can find all of these brilliant tracks and many more on my ever growing Skerat's Ultimate and Totally Eclectic Playlist, a perfect blend of great classic tracks, in combination with totally new tracks from my shows. It's at over 47 hours of tunes (less now but growing again because I had to swap to deezer), so that makes for a great shuffle playlist.

Now lets move onto my random link of the month. It will not necessarily be music related, but you just might like to check them out each month. This month it's the apps page for Chromecast, don't limit your Chromcasting to Netflix there is a wealth of stuff out there to cast to your TV.

and remember last months last show of Skerat's Eclectic Podcasts can be found here and please make sure you check it out. Let's get it to at least 100 listens it deserves a bit of a send off :) Also while you're there, maybe even check out some of the older shows. Well that's it for this week, thank you all for your continued and excellent support and until the last Saturday of next month this is Skerat over and out.